By using our sites or services, you agree to our use of cookies. Learn more. Accept
Blackjack
guide
Home Blackjack How to play Blackjack
See all articles

How to play Blackjack

When the dealer draws a face-up ace, the player can take an "insurance". This is a side bet that the player wins if the dealer's hand turns out to be a blackjack. In this case, the player wins the ‘insurance bet’ at a ratio of 3:2, but loses the original bet. Mathematically, insurance is more profitable for the casino; therefore it is never used in the basic strategy.

If the player was dealt a pair, for example two tens, he or she can make two new combinations by splitting the hand. The player will then be dealt two new cards, one to each hand, to make two new hands with two cards in each of them. The rule on how many times the cards can be split this way depends on the rules of the particular game.

In the situation where the sum of the player’s cards totals 9, 10 or 11, the player has the option to double the bet in return for getting just one card. This action is called "double down". Doubling bets is another variable influenced by the specific rules in play, for example whether doubling is allowed after splitting a hand. In some Blackjack types doubling is possible on any total.

A rule used in the basic strategy, if available, is to "surrender". The player has this option after the first cards are dealt. If the player surrenders voluntarily, he or she is refunded half of the wagered amount. The situation when surrendering is the best solution occurs when the sum the player has is 16 and the dealer's upcard is an ace or 9 or 10.

When playing blackjack, the dealer has always an advantage due to his position, since the player always decides first, which means he or she can be the the first to exceed the sum of 21.

The attractiveness of the game can be increased by blackjack tournaments, in which players compete against each other and the winner is the one with the most chips after playing a certain number of rounds.

When there is a large number of players and the buy-in is high, the tournament winner can pick up a really interesting amount of money. In order to win such a tournament, it is not only essential to know the basic strategy but also to choose the size of each bet wisely (bet low or high or even go all in). This decision is influenced by several factors: the amount of chips the player has, the amount the opponents have, and player's position at the table.

When playing tournament blackjack it is thus important to have both luck and a deep understanding of the game to win. A player playing this type of the game can come out at the end as a long term winner. Unfortunately, online blackjack tournaments are not very widespread and they are only available in few online casinos.

Would some of your friends find this useful?

Check out our list of recommended casinos with powerful filters and find the best online casino for you. 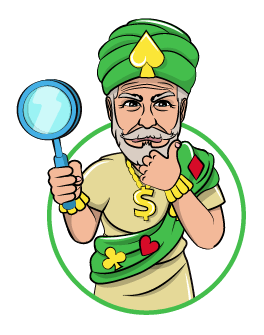